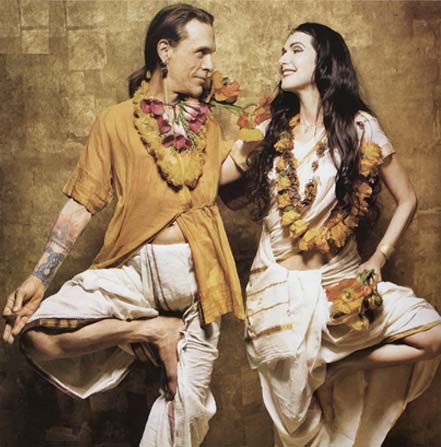 JIVAMUKTI PRACTICE AS LIBERATION FOR ALL BEINGS
Our Founders Sharon & David

The Founders of the Jivamukti Yoga Method, Sharon Gannon & David Life met in 1983 on the rough streets of New York City. Jivamukti Yoga was created in 1984.

Jivamukti is placed among 8 of the main styles currently practiced in the world. Through the innovations of Jivamukti Yoga, Sharon & David have brought the ancient teachings alive to a new generation, making it relevant in a contemporary world. They are pioneers in teaching yoga as spiritual activism, demonstrating that yoga is a living traditon, a complete method for attaining lasting happiness that is available for all beings.

The Jivamukti Method is grounded in the original meaning of the Sanskrit word asana as "seat, connection" - relationship to the Earth. Earth implies all of life. Citing the ancient philosophy, Patanjali’s Yoga Sutra, which states that Asana should be sthira and sukham. Jivamukti Yoga maintains that ones relationship to others (asana) should be mutually beneficial and come from a steady (sthira) or constant place of joy, ease (sukham).

This is a radical idea that, when put into practice, has the potential to invert and dismantle the modus operandi of our present society. The current global destruction is based on the idea that Earth all the animals and most humans exist solely for our benefit of the some over the many, the exploitation of Earth for solely selfish purposes.

If we practice yoga asana as more than a physical exercise to keep ones body fit or to increase strength and flexibility; it becomes a way to improve one’s relationship to all others and thus lead to enlightenment the dissolution of the sense of separateness, the realization of the oneness of being, the discovery of lasting happiness for oneself comes from integration and concern for others.
5 TENETS OF JIVAMUKTI

This core philosophy is expressed through 5 tenets, which form the foundation of Jivamukti Yoga. Jivamukti teachers embody these tenets so that they color all of his or her teachings whether in Fundamentals classes, Open classes, other classes, workshops, or even just interactions with others in the Jivamukti community. Each of the five tenets should be clearly identifiable in every Open class, even though the names of the tenets may not actually be spoken. By doing this, students learn not to see asana as separate from spiritual study or chanting or meditation, but rather to integrate all of the elements that make up Jivamukti Yoga into one unified practice. This provides for a well-rounded approach to our goal—enlightenment through compassion for all beings.

AHIMSA A nonviolent, compassionate lifestyle extending to other animals, the environment and all living beings, emphasizing ethical vegetarianism (veganism) and animal rights.
BHAKTI Acknowledgment that God/Self-realization is the goal of all yoga practices; can be expressed through chanting, the setting of a high intention for the practice or other devotional practices.
DHYANA Meditation: connecting to that eternal unchanging reality within.
NADA The development of a sound body and mind through deep listening; can be incorporated in a class using recorded music, spoken word, silence or even the teacher’s voice.
SHASTRA Study of the ancient yogic teachings, including Sanskrit chanting, drawn from the Focus of the Month to the extent possible. 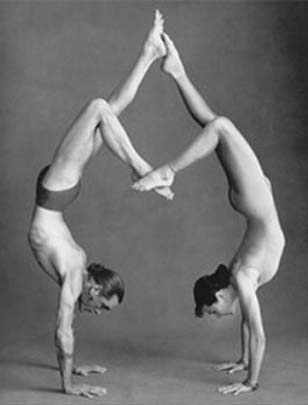 “MAGIC IS A SHIFT IN PERCEPTION,”
SHARON GANNON 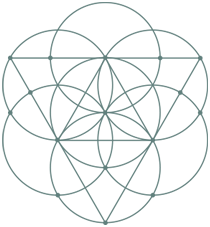